In Agadir, a chance for Faith and Climate 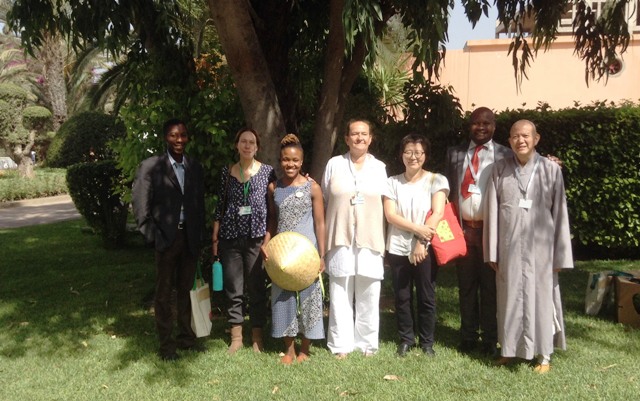 The largest gathering of non-state climate actors convened in the city of Agadir, Morocco, for the Climate Chance World Summit. Organized around a variety of events such as plenaries, high-level dialogues, workshops and forums, on the mobilization and acceleration of climate action, the summit provided a good opportunity for participants to interact.

Faith-based actors, particularly from Africa and Asia, had a strong presence in Agadir. The workshop on “Inter-religious Action for a Sustainable Climate: the role of Faith-Based organizations in human behavior change at different scales”, offered a space for sharing experiences of responding to climate change, influencing human behaviour and proposing models for social, moral and economic change in different religious, cultural and social contexts.

Facilitated by Dr. Nigel Crawhall (IUCN-RESPECC) and Valerian Bernard (Brahma Kumaris World Spiritual University), some of the key messages from the workshop, was that climate change has to be defined as a moral issue that requires all people of faith and ethics to adjust their behaviour, to engage with and assist the most vulnerable.

In his presentation, CYNESA Executive Director, Allen Ottaro, highlighted how the network has adopted the encyclical Laudato Si’, as tool for mobilization of young people on climate action in particular, and care of creation in general. He demonstrated how the mobilization also involves multi-faith partners, an excellent example being the Faith Leaders’ Environmental Advocacy Training (FLEAT), offered by the Southern Africa Faith Communities Environment Institute (SAFCEI). Ms. Lydia Mogano and Mariam Baderoon from SAFCEI, shared the victory that Earthlife Africa and SAFCEI achieved in a David versus Goliath scenario, against an illicit nuclear deal that the South African government had signed on.

In their statement, the faith-based actors reiterated that they“are here to celebrate, recognise, and remind us all of our deep interconnection and therefore responsibility we share to care for and protect each other and all living Beings of this Mother Earth”, adding that“This life is a gift the Earth has bestowed upon us; our debt is to love, honour and respect the gift and the gift-giver.” 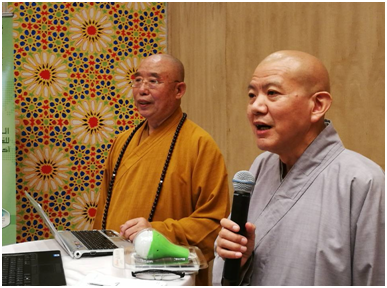 In re-committing themselves to work with communities impacted by climate change, the faith-based actors re-stated that “faith leaders bring the wisdom of their own traditions to live in harmony with the Earth. These faith leaders offer a key influential space for facilitating climate change awareness and action within local communities, local policy makers, and national leadership. “

The workshop event was hosted by the Religion, Spirituality, Environmental Conservation and Climate Justice (Respecc) specialist group of the IUCN’s Commission on Environmental Economic and Social Policy (CEESP).